October 10th at ten o’clock, Xianyang many people, and they saw in the sky several unknown luminous body in constant rotation, but can not find the light source, and everyone felt very strange.
Xianyang reporters into the sky to see the two circular rotating in constant light, white light has been given, and everyone said that this phenomenon has been going on for a very long time.
Xianyang people: PM seems to have a more than eight, has been staggered forward.
Have passed since the nearly two hours, until ten at night and more, there are still many people standing outside watching, and everyone that had never seen such a phenomenon.
Xianyang people: I thought it was a light shot back and forth.
Although we have such a speculation, but can not find the spot of the lamp posts and the light source, with all of these questions, journalists can start driving in urban areas trying to find the source of light, the last reporter in Xianyang City Bank Thai Square to find the answer.
Half past ten or so, the square of the spotlight off, everyone said before the light disappeared is unknown, it appears that only a false alarm.
Xianyang light over there has been an unknown explanation last night, this phenomenon can be not only a city of Xianyang.
Q: I am now in Xi’an Chang’an road, this will be the evening’s eleven twenty, we now refer to the direction of my left hand down to see the color of the sky above the piece to be a little brighter, a little pale, but the surrounding sky The color is black, we see that it was a big aperture, surrounded by some small aperture in it rotated around.
This phenomenon continued in Xi’an, about ten minutes over the time period of two small aperture in a rapidly rotating movement until after they disappeared to the north, while the clues in our platform Weinan, Tongchuan masses of the two cities but also to reflect the local press The same phenomenon also appeared.
Tongchuan masses: a few light fly it back and forth.
Reporter: How long is probably going on?
Tongchuan the masses:: half an hour, was very, went three for a piece of light, and one will be separated.
Weinan masses: about eight o’clock in it, white light, and flashlight on the kind of similar move, is still, I can see, running north and south turn back and forth semi-circle, the shape can not see, but light, so big are never seen, never seen three decades.
Doubt one: Why do many cities simultaneously this phenomenon?
Second doubt: Why the extra light appeared at about eight o’clock?
Other cities is unknown light appeared in the sky somewhere in the spotlight is also due, we do not know, it seems only to the relevant departments to verify.
This morning when the army several road bound for the Qinling Mountains. Passing from the streets of our county, tanks, missiles, transport vehicles as well as that, covered with canvas. About 10 o’clock last night, saw a lot of people in our county over the Qinling Mountains have a very strange direction of the flash, according to witnesses, that the flash is purple, the place was full of black clouds around three to five. Middle clouds associated with flash, thunder. A full half an hour.
Qinling event no one know? Our people are the county’s mass. Blocked in our county network. I am now other cities in the Internet. ~ Here I am in Xianyang City, people do not know. From only 200 in our county in the land. No place so close to get the message, my junior high school students terrible just give me a call, and he saw it last night. Today a lot of troops from Xianyang highway to our county. High-speed roads have been closed.
October 13, four in the morning event, it is rumored that the Qinling Mountains, four in the morning a Qinling mountain villages began to disappear. Now the army has blocked site. According to eyewitness, UFO nearby. Qinling Mountains of snakes have fled, insiders of the Qinling Mountains nuclear base accidents. Sohu News: 13 October, a bottom of “Qinling mountain village disappear overnight” posts in the network fengchuan, especially in micro-Bo was crazy. Journalists through multi-party confirmed, confirmed the news of the network. “I hear, 4 am yesterday, Qinling Mountains at the end of a village, all disappear overnight! … There are a large number of troops in the scene … ”
More information will come soon! 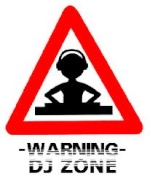 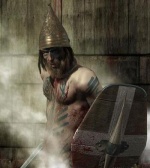